My Life through objects: blankets and pillows

This record is to be part of my Last Will and Testament. That document is done and provides basics. Then one adds a list for specific items. Due to Covid 19 pandemic, I can't print out at library, so posting to my blog.

First up is the afghan from Twilight Breaking Dawn 2 that I won at Prop Store on line auction November 2017. It is one of two pieces of Twilight that I am keeping. It is appears briefly in the Christmas at Charlie's scene on the corner of the couch. 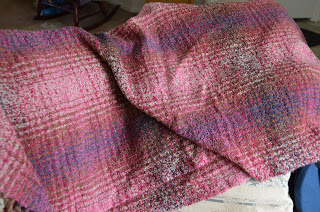 Red plaid throw blanket was a birthday/Christmas gift from Dawn Rosencrance in November 2016. 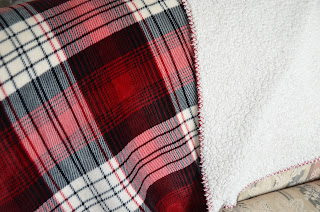 Blue dragon scale afghan was handmade by Gay Bunnell and was Christmas 2018 gift. It is heavy like a weighted blanket and helps when I am feeling anxious. 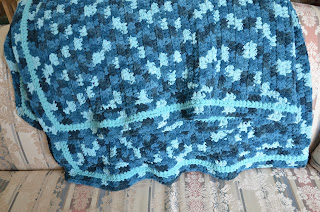 Blue with white stars and red trim was made by Deb Fyer. There are pillows to match. She was moving and downsizing and this set was one of the things I bought from her. 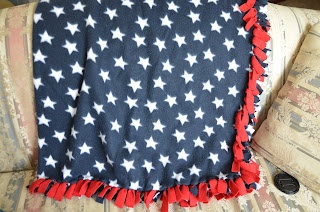 White with red flowers quilt was another item I bought from Deb. It is a full or queen size. I was thinking of upgrading to a larger bed. I have since decided not to and need to pass this one along to someone who can use it. 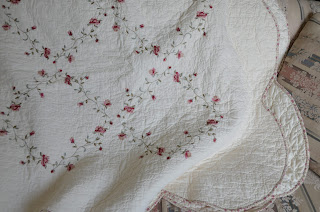 White with multiple coloured flowers comforter, I found when packing up. I am pretty sure it was on my mother's bed, possible to have been on Aunt Betty's bed. I decided to use it as my primary bed covering when I moved to Sequim. It is bright and colorful and different from the ones I had had on my bed. 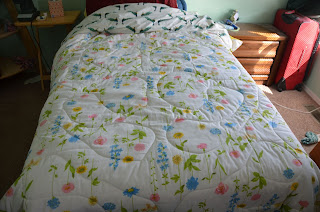 There are lightweight blankets in pastels, one pink, one blue. I've had for long time. I needed lightwt blanket and these came as a set. I do not like pastels and small print fabric. They do function well as something less warm than comforter and warmer than just a sheet. 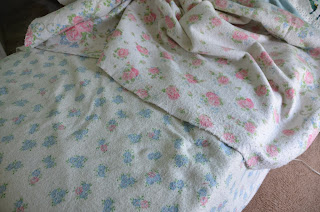 There are two sets of bright colored shams - pillow and comforter. I've had for long while when wanted to change things up. One had down comforter from Aunt Betty and the other had comforter from my mother's bed. 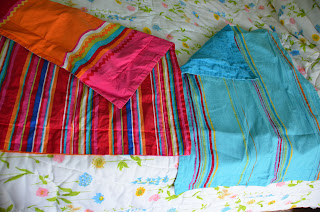 The cowboy down comforter is nearly as old as I am. I remember having it in Illinois when Jay and I shared room in trailer with bunk beds, about 1952. I don't have both, just this one. It has been cleaned, but the down doesn't stay in place - not sectioned. I'd like to take it apart and dump the feathers and put in lightwt fiber fill. 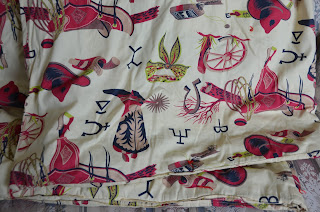 The pillows - two of each - were an home ec project senior year of high school, 1967. My bedroom was in dark green curtains and bedcover. So went other way with the red, yellow, orange for the 'sitting room'. 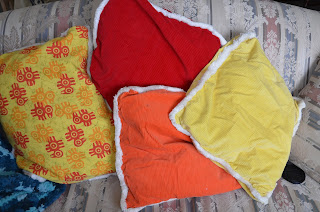 Ancient quilt may be handmade by grandmother and aunt. I thought there were three old quilts that we found when mother passed away. This is only one I've found. Other two to Jay/Barb and Robert/Patti?? I don't know what to do with it. It is not in best of shape. [need picture]

Posted by Abby Weyr at 16:21 No comments: Links to this post

This was the second year of my Olympic Peninsula Adventure.

January found a bunch of us having a girls weekend at Oceanside resort in La Push. Got some sunset and sunrise pictures on First Beach. Fun time.

We had lots of snow around Valentine's Day, measured about a foot deep on driveway.  I managed to clear off most of it in easy stages. Jimmy, one of the construction crew, came around in a Bobcat and cleaned off a few driveways and finished off mine.


Joined some other Twilight fans to tour the Madison HS that was used in filming Twilight one last time in March. And we fit in some other film sites as well for a full weekend trip. They have torn down the old school to rebuild the school.

In March I found out that the knee pain since December was arthritis. Attended a seminar on stem cell injection soon after diagnosis but before seeing orthopedic doctor. After a personal evaluation at Kingston Crossing Clinic and the Ortho MD I decided to go for the stem cell injection for both knees and hope to avoid any future knee replacement. I also tried some physical therapy to strengthen leg muscles to stabilize the knee. Those exercises aggravated the piriformis muscles a lot which lead to other problems.

I had a three month follow up visit in October and the sonogram showed a much smoother knee joint and wider space in joint. So success. I still have some ache on occasions. Then in December it really started hurting in same place as last year. Figured out left knee especially does not like me enjoying sugar treats in excess, which I had sorta been doing with the holidays. Stick to my after meal ginger candy or chocolate mint and very occasional soda. Also more consistent use of heat on the knee has helped. I have a six month follow up visit in January.

In April work started on landscaping front yard. No idea what to do in back yard, so just large gravel. Front looks good and fits me.

A neighbor had a yard sale of her deceased brother's items. Saw a nice set of entertainment cabinets and an end table. Thought about it as went about errands and decided to get all three pieces. Easy to move from a couple doors down. Now had space for larger TV.

Met up with one of my nieces and her significant other, Kandi and Wes, in La Push. Nice dinner visit.

June was busy with RainCon in Forks and then a mostly static air show at Fairchild airport. Went on a short helicopter ride over to Crescent Lake.

In July I bought some end tables to use in guest room from a friend that was downsizing. Gay saw them and fell in love with them, so they got moved to Forks after I found a chest of drawers that work better in my guest room.

In August I drove over for an one day visit to the Washington Renaissance Faire. Long drive, traffic back up getting into parking lot for couple of miles. Nice enough faire.

Finally got to go on the Logging Mill tour in Forks. Very interesting. Want to do it again when knee isn't so sore. Also a friend couldn't make trip to Dungeness Spit lighthouse and transferred it to me. This trip was via a boat. No dock, so feet got wet. With arthritic knee doubtful I will ever make the 5+miles hike and back.

My friend, Christine Bentley-Johnston, joined me for Forever Twilight in Forks this year. And we started celebrating my 70th birthday anniversary on the last day at Jitterbugs Ice Cream place. Christine was a lot more lively than I was. FTF was better this year, fewer people, but still kinda exhausting.

Early November I went on shorter version of East Coast Trip than had planned before stem cell injections. Flew into Dulles, spent couple of days in Washington DC area. A whole day in Arlington NC. Most of a day at Air Force Memorial by Arlington then onto Lincoln Memorial, Viet Nam Memorial, Nurses Memorial, Korean War Memorial. The Thomas Jefferson Memorial was under going some repair work, so I just drove past.

Next stop was Owning Mills Maryland to visit on-line friend Sandi Layne. Delightful visit. Had some problems with hotels there. Next to New Jersey, close to where I lived and worked in 1973-4. Got lost trying to get into/through NYC to get to Connecticut to visit old friend from San Jose, Audrey Hawker. Eventually found my way to her area, I did want to see some scenery. Had to pass up meeting up with Christilynn in New Haven, just wanted to get to New Hampshire and friend Joanne without risking getting lost again. Good visit with Joanne and Christopher. Then to Boston area to fly home on Veteran's Day.

FTF and the East Coast trip wore me out and peopled me out. I did get together with Gay Bunnell and Sherri Aguayo for my actual birthday. Sherri and I went to see Frozen 2 before dinner. Also we all three got together to watch Star Wars IX. I had Christmas day dinner at a friends. Otherwise Thanksgiving, Christmas, and New Year's Eve were low key. No presents, no cards sent out this year. Received a couple of things at FTF birthday party and two tree ornaments for Christmas.

Abby Weyr
Abby Weyr is my pen name; abbyweyr is screen name on fan sites. This is a tribute to two of my favorite authors, Anne McCaffrey and Andre Norton. My real name is not important. This blog is being set up as a place to post poems I've written, currently mostly Twilight related. I have ideas for non-Twilight ones. I read Twilight in Jan 2010 and was captivated. In May 2011 these poems started forming and needed to be written down. I've posted on two Twilight fan fiction sites and recently decided to start this blog as a place for all poems, Twilight and others, along with commentary about the poems and life in general. No copyright infringement is intended. Source of inspiration is clearly stated. Thank you to Stephenie Meyer and all the fan fiction authors for many hours of enjoyable reading and providing a source of inspiration.